The computer generated sketch and the photo it was based on have appeared in print in a number of places (See below). They were widely available on the Internet until recently. Both are now completely absent from the Internet as are all images of the Nathan R note. They have even disappeared from sites purporting to be "Historical Records" of the Internet.

Print however is a bigger problem to "cleanse".

The Morph and it's Source Photo appear in the following places... 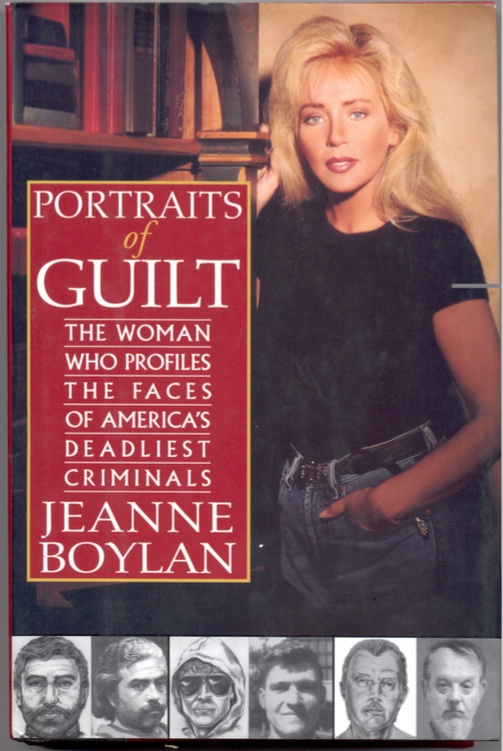 It shows her sketch right next to the Morph's source picture !!!

A Closer Examination, did Boylan also alter Morph Source for her benefit ??

It shows the Morph Source in the upper right photo

The center insert of "Mad Genius"

The Morphed Sketch itself

appears on page 9 of   "Portraits of Guilt".

Both retain the tuft of hair in the middle of the forehead hairline, Was this sketch drawn from the Morph?

The sources of the images which appear on Unabombers.com was the site "Redacted.com" by a CIA shill named Bill Adams. The site was quoted by major media everywhere as "authoritative"... God Bless arrogance, it made all this possible. Redacted went off the air shortly after I discovered the morph, then enlarged and reposted the images. No problem, I just linked to the Government supported "Archive.org" the supposed "Historical Record" of the internet.  A short time later Archive.org also blocked access to its historical record of Redacted.com

Additional references in the printed public record will be added here as I discover them...and there are many. Fortunately, copies are available at garage sales all over the country which is a censorship Lords worst nightmare :) The Nathan R note was Front Page New York Times Oct 7, 1993 and is on Microfiche at every major Public Library.

The Unabomber case occurred at an unusual point in time. The state of technology was changing, the public knowledge of morphs was unpredictable, and printed documents were widespread. Should a situation like this develop in the future, the erasure of all internet sources would become a complete duplicate of events described in 1984. It is something to think about. The behavior of archive.org in this case is a public crime against the very foundations of our Democracy and a beacon of future dangers we all face. The truth of this case MUST be exposed for the benefit of us all.